Award-winning writer, journalist, and broadcaster – comes to Headrow House for a special live event on The Leeds Piano Trail 2021.

Join The Leeds for an interview / Q&A lead by BBC Radio Leeds’ Oly Woodcock. Three decades after finishing his degree at the University of Leeds, Jay has witnessed the city’s culinary and urban transformation first-hand. He will be discussing his memories of the city, sharing his hot tips for eating out, and answering your own cuisine queries!

MasterChef judge and host of the hit podcast Out To Lunch with Jay Rayner, Jay has written on everything from crime and politics, through cinema and theatre to the visual arts, but is best known as the restaurant critic for the Observer. Now, he’s celebrating a droolworthy collection of his hilarious columns in his new book, Chewing The Fat – which he will hang around to sign after our event.

Less well known is that Jay is equally adept behind the keys of a piano, as he is typing out a witty review. The Jay Rayner Quartet is well known for its jazz performances in the UK and a conveniently placed piano at Headrow House should be enough to entice Jay into playing a few tunes for us… 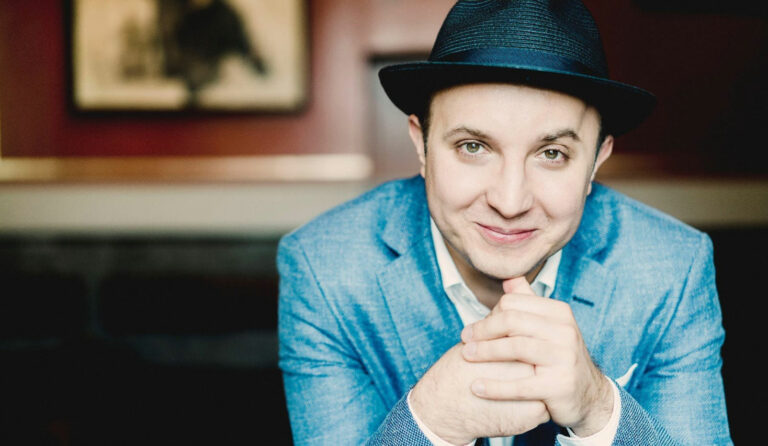